Not My Circus, Not My Monkeys, Delilah S. Dawson, Blud Novel Series 0.5

First off, there might be spoilers ahead. Two of these novellas come partway through their respective series. I’ll try not to so be spoiler-y, but if you’re worried then leave now. However, this is only a review for two of the three slices, as Kevin Hearne kindly recommended that I not start the IDC here. I was worried about Swallow, since it’s in between books 3 & 4, but Wendig commented on twitter that it would be fine so in I jumped.

Umm, three novellas incorporating tyromancy? I’ll admit, I was a bit skeptical. Telling the future through cheese, seriously? But hey, these were authors I wanted to check out, novellas are a nice bite-sized intro, and Galen Dara is an amazing artist. The first thing that made me notice this project from the triumvirate of evil was the beautiful cover by Dara for NMC, NMM. What can I say, I’m a sucker for horses. Dara has prints (as well as the cover art for each individual slice) of her artwork available through her Etsy shop, but beware, because this could happen:

Ok, people afraid of spoilers should be gone now. And honestly, I’m not sure how spoiler-y this will be because I didn’t read the IDC story. One day I’ll read Hounded and the rest of the IDC, but until then I was warned it would be confusing and spoiler-y to try and pop in between books 7 & 8. 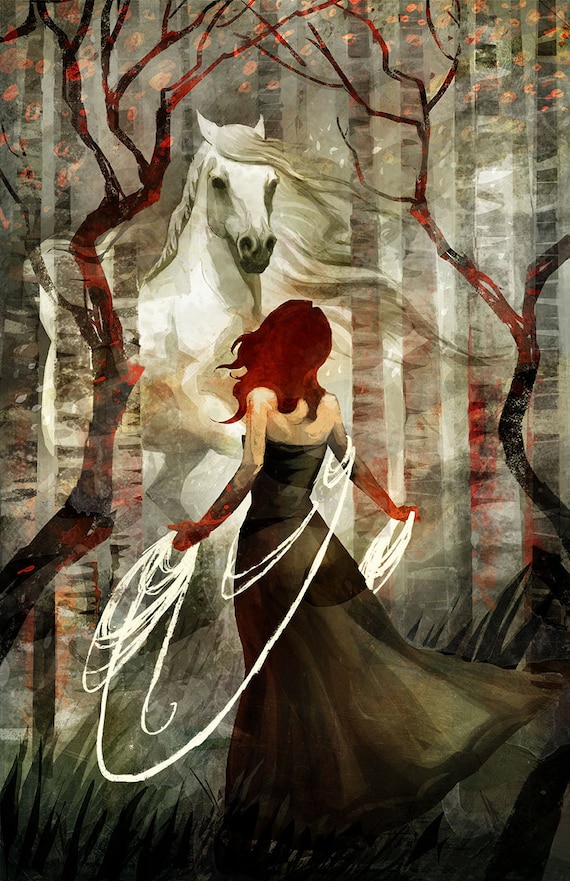 So, Not My Circus, Not My Monkeys. Delilah S. Dawson is an author I’ve been following through social media, and have had her books in the queue of “I need to read this someday.” For my first time venturing into her world of Sang, I thought the tyromancy theme fit perfectly. Actually, it was kind of freaky how it played out because it felt so natural.

So, I went in with guarded expectations, and honestly thinking this wouldn’t be the book for me. Vampire/paranormal romance has been done a lot lately and it’s not really my thing, and I’m not all that fussed about circuses. But I love Dawson’s blog and the cover art pushed me over the edge. Because yes, I do judge books by their covers. I’m terrible.

Well, I walked out the other side of NMC, NMM having bought Wicked As They Come, the first novel in the Blud series. This slice prompted me to run off and join the circus, at least for now. NMC, NMM is the introduction to vampire magician Criminy Stain, and the tale of how he comes to acquire his own caravan.

Criminy (is it weird I read this as Crim-uh-knee instead of Cry-muh-knee?) is an interesting protag, a bit of a rake but with a romantic side. His dialogue is charming and witty. He can get a bit too lust-minded at times, but his charm and the plot kept things humming along. I’m intrigued by the circus world created for Sang, and Criminy’s ambitions for finding true love and a caravan of his own. I love the description of his magic and that he’s a vampire magician. That was fresh to me, though I admit I don’t read much vampire fiction.

The locket and Criminy’s “future” are a nice setup for the Blud novels to come, and leave me looking forward to more without feeling like the story didn’t have its own conclusion. The only part that seemed odd to me was that Criminy doesn’t seem to give much thought to the fact that his future love is a mortal woman. 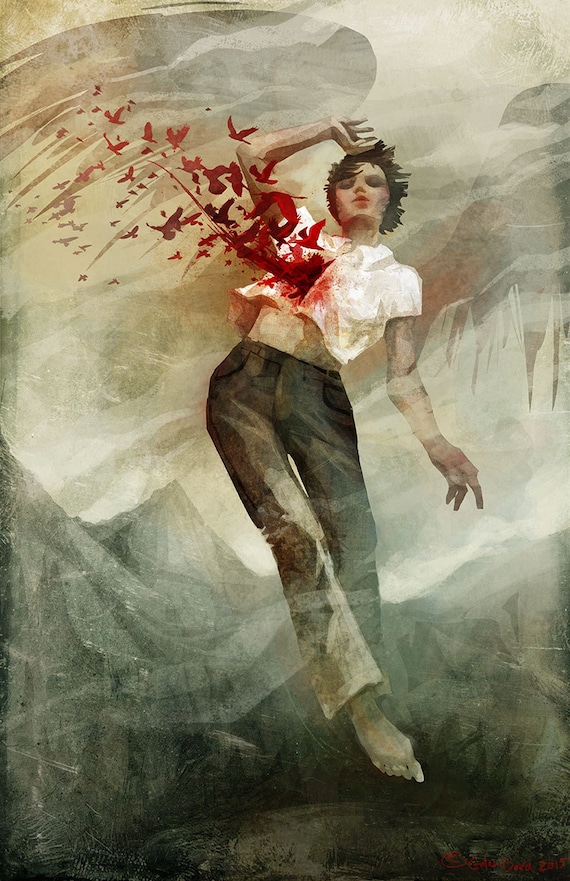 Alright, Interlude: Swallow. This was my first introduction to Miriam Black, and I think it’s considered “3.5” in her series, falling in between Cormorant and Thunderbird. Chuck Wending gave it a nod when I asked if I should read it without having read the previous Miriam stories. Even though it falls a few books into her timeline it wasn’t difficult to grasp the big picture. At least, as I understood it, which could be completely wrong so apologies if this leads you astray.

The gist I got while reading Swallow, is that Miriam has a “curse” that enables her to see when and how someone will die if she touches them. I got the feeling that she doesn’t tend to see people dying peacefully in their sleep. Shocking, I know. In this slice, she’s looking for a person, Mary Stitch, in the hope that she can get rid of Miriam’s curse. Miriam has some whacked history with the Mockingbird Killer and his crazy ass family cult of killers. Something bad went down at the end of Cormorant in a river and Miriam thought the MK died, but no. That’s the summary I took away from Swallow, obviously missing some specifics that are in the books.

If you’ve read Wendig’s blog, terribleminds, then you’ve got a pretty good idea of how Miriam speaks. I got a Lisbeth Salander vibe from her, though more talkative. A lot more. Miriam is crude, darkly humorous, and might just punch you in the face because reasons. I’m not sure she can go much more than a couple of sentences without swearing. She has so much weird energy and a flawed personality that I had to read her in small doses because she’s a bit mentally exhausting. She’s gritty and real and broken. I liked this slice of her story because the length was enough to get a feel for Miriam while the pace zips her current situation along.

Swallow jumps back and forth over around a week, but each section has a heading indicating where in time we are so it isn’t confusing figuring out where/when we are in each “chapter.” It’s also great for sustaining the suspense as the timelines collide.

The tyromancy in Swallow works well too, though in a creepier manner than in NMC, NMM. Instead of having a weird-cool vibe of “ooh magic and cheese,” this was a bit more “ok this works, I’m buying it. I get it, wait, wait omg wtf are you doing with the…omg gorey cheese.” Different, but it works for Miriam’s story.

The title is fitting because this does feel like an interlude, an action-packed pause, in Miriam’s larger story. It still has an “end” for this part of the adventure, but nothing ground-breaking happens. I think that the people who move straight from Cormorant to Thunderbird, aren’t going to feel like they’re missing a part of the story. It’s more of a gift to readers who want more Miriam Black.